A bit of history, I previously used the first gen iPhone 2G, the painstakingly slow iPhone 3, and recently got a chance to play with the iPhone 4. Now, the 2G was cool but 2G was still 2G. The iPhone 3 nearly made me threw the phone of out the window for it’s ridiculously slow responses. And of course, the iPhone 4 is a keeper.

For Android I started with the HTC Magic, then the HTC Desire. For a long time I was loading custom ROMs on it, I had a great time taking apart images, loading apks, etc. Also, there is this fantastic feeling that comes along when a new ROM is being pushed out.

HTC Desire
The first few batches had overheating issues, which is resolved by bringing it back to the HTC repair center at harbourfront. A collection/delivery service is also available FOC, basically it takes them 2 working days to replace and test the motherboard. Recently I have not heard anyone complaining, so they must have been all replaced. Somehow.

Firmware issues. Regardless of which Android device you get, you’re not likely to be able to get a prompt OTA firmware upgrade. This is because Android has the main source of their system open, thus everyone can compile their own versions for it. When the bulk of control are given to the manufacturers, and each manufacturer has 10 different Android phones released at different timings, you can understand why support is slow and some phones never get updated.

The android market, (if I’m not wrong), doesn’t do intensive testing on the listed apps. It is possible to download android apps which have memory leaks. Of course, this is easily fixable by either uninstalling the offending app or waiting for an update.

Another issue with the android market, it has very few apps. Generally I go with facebook, tweetcaster, flash, foursquare, sms backup, pulse, whatsapp, snesoid, smspopup. Of course, this is more than sufficient for me, but if you’re looking for something to play with to pass time, there isn’t much alternatives available.

The only thing the camera thing is good for? No, not to take photos, it’s the blinding flash. Which you can transform into a torch with a flashlight app. 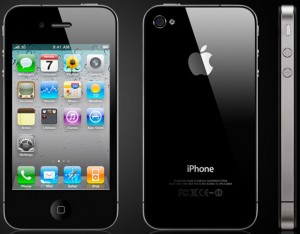 iPhone 4
It was near impossible to buy one off the rack for a decent price until recently. (April 2011 was when I wrote this post) The screen is fantastic, the glass is lovely. Except it shatters easily when you drop it on the floor. Which happens to all glass, right? No big issue there.

The reception is really poor for the iPhone 4. I mean like I work in an area with lousy reception, I know the Desire’s reception is not that fantastic, but come on! A thousand dollar phone has got poorer reception than a 50$ throw away Nokia?

I was severely ticked off when I realised there wasn’t an android-like pull down notification bar, or built in apps to toggle wifi, 3g, tether. Nor was there a decent task changer, seriously what the hell is with pressing the home button twice? I don’t care what other people say and how revolutionary your design is, making people press a button twice is a case of bad design, and I don’t even want to start on task management. Do a 3 finger swipe or something to bring up the task bar or something! I also totally don’t understand why there is a lack of a camera button, but there is a silent button???

I don’t want my search to be on the left screen, I want it one screen on the right, where are my widgets? I can understand why one needs to launch an external app by clicking on it, but do I really need to click so many things just to change my brightness or toggle the wifi.

I also don’t understand WHY Apple has to make it soooo difficult for Gmail users to sync their contacts, calendar and email. wtf exchange account? Seriously?

The Google Latitude app sucks. It sucks so much that I daresay anyone who has played with it and is still keeping it on their phone is probably an idiot. Including me.

HDR shots with the iPhone is dabomb. It is, without a doubt, the best camera on a phone that I have ever used. Even without HDR the shots taken look pretty fantastic too! A must have if you’re one of those photo types.